I was asked in the Raising a Man post to write about raising a daughter.  I find this much more difficult to write about because there are far more details for me to describe.  As far as raising a man, much of it is out of my hands.  Not so here.  I believe there are three different aspect that we need to teach our daughters.  Outward skills, inward reflection and the confidence to embrace her nature (this sounds dangerously close to the feminist trope of “you can be anything you want to be” I know, but that’s not what I mean).  Given the three difference aspects, I am going to break this into three different posts for your sake and mine.

These are the skills that she is going to need to be her best in facing the world.

One might think that this is reserved for teenage girls, but in my experience it’s not.  Even little girls can pick up the subtle and not so subtle cues of what is “cool” and what is going to get them noticed.  My girls are young and they have both asked for me to buy them belly shirts and they will try to walk around the house with a shoulder bare.  I remember doing the exact same thing when I was a girl.  It’s not sexual in nature, but girls are intuitive enough to understand that the girls who do dress like this are those that get attention from others, men and women.  Enforce very pretty dress when they are young and elegant and sophisticated when they are older.  As they get even older, attempt to teach them the difference between promiscuous dress and subtly sexy dress (I’m thinking late teens with this, but I do not have personal experience).  Men will absolutely pick up on the difference.  Promiscuous displays, “you can take me home tonight”.  Subtly sexy/elegant displays femininity.  Ask most men whom they will actually respect and it is that women who embraces her femininity and displays it outwardly.

~ Sophisticated
2.  Teach her to wear makeup
This ties right in with her dress.  There is promiscuous make up and then there is elegant and natural.  She can make it more showy for special occasions without it looking trashy.  Most department store makeup counters will teach a woman how to do this and what colors will look good on her.  If you tell them what you are looking for they will help you with it. 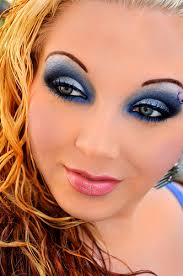 This is over the top, but fairly close to accurate. I remember when I was younger it was the girls who wore their lip liner a shade darker than their lipstick.

You can see it but it looks fresh and clean. There is no cake.

This is what would be known as evening makeup. Though it’s still clean without cake. FYI – most men love bright lipstick far more than the dark stuff.

3. Teach her how to care for her hair and how to get a good haircut.
Again, this goes back to outward looks.  Her outward appearance does affect how those around her will view her, whether she likes it or not.  Teach her that most men find long hair attractive and that when others might tell her a short cut will look cute, cute is not the same as beautiful.  Help her to understand how her hairstyle will work with her face. A good stylist should be able to help with this.  If that’s not an option, do some research on the internet to see how different styles flatter different face shapes. It can make a huge difference in one’s appearance.
4.  Teach her when it is appropriate to dress sexy, elegant, sophisticated and even promiscuous (for her husband)
There are appropriate times for all of these and teaching her might start very young.  We dress for church every Sunday and the girls always dress in a sophisticated manner (for young girls) and they see me attempt to do the same.  When we go out for a nice meal, I sometimes wear more sophisticated dresses and they love to see what I will wear.  They learn much of it from watching me (this is not my strong suit, but I do my best.  Luckily Maritus is quite good at this and helps me a lot).  When they get older, I will make a huge attempt at teaching them the difference between these styles of dress and just as importantly, why.
5. Teach her how to take care of herself.
A woman needs to know how to clean, do laundry, iron, wash dishes, et cetera.  In short, she needs to be able to keep a home.  Again, this is a life skill and one is not empowered who cannot at least do the basics of these things.
6.  Teach her to cook
We all know the importance of this one.  It’s a life skill whether she intends to cook for others or only herself.
If you think of anything I left out, please let me know.  Girls needs to learn to be beautiful again and I think it starts with these skills. 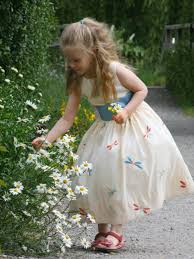 ** UPDATE: Things certainly are not changing in the world of raising Men and Women.   No more dodgeball (apparently not even with FOAM balls) and Victoria’s Secret for young teens? (With some parents who completely miss the point).
Find Raising a Woman Part ~ 2 here.