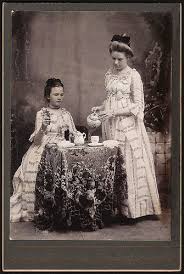 TempestTCup and MargeryM (who I’ve added to the blog roll) have started a new blog called Girls Being Girls.  Margery and Tempest are both moderators over at the reddit Red Pill Women.  Unfortunately, if not surprising, it has been inundated with concern and feminist trolls.  Tempest and Margery very much wanted a different and safer place to discuss women returning to femininity as there have been more than a few questions there on how to do this.

This is going to be a site dedicated to beauty, cooking, cleaning, decor, health, fitness and the like.  There will not be much, if any, theory.  It’s going to be a place for women (of course, men will be welcome) to go to discuss and learn the art of womanhood again.  They’ve also asked me to join them and I am very excited about it.  I’ve wanted to do more beauty and domestic type posts, but they’re not nearly as popular and that will be a better place to do it (though I will likely be reposting some of them here).

So, please go check out Girls Being Girls and join in the discussion!

31 thoughts on “Introducing Girls Being Girls”